And just like that–it’s January! Happy New Year, everybody!! 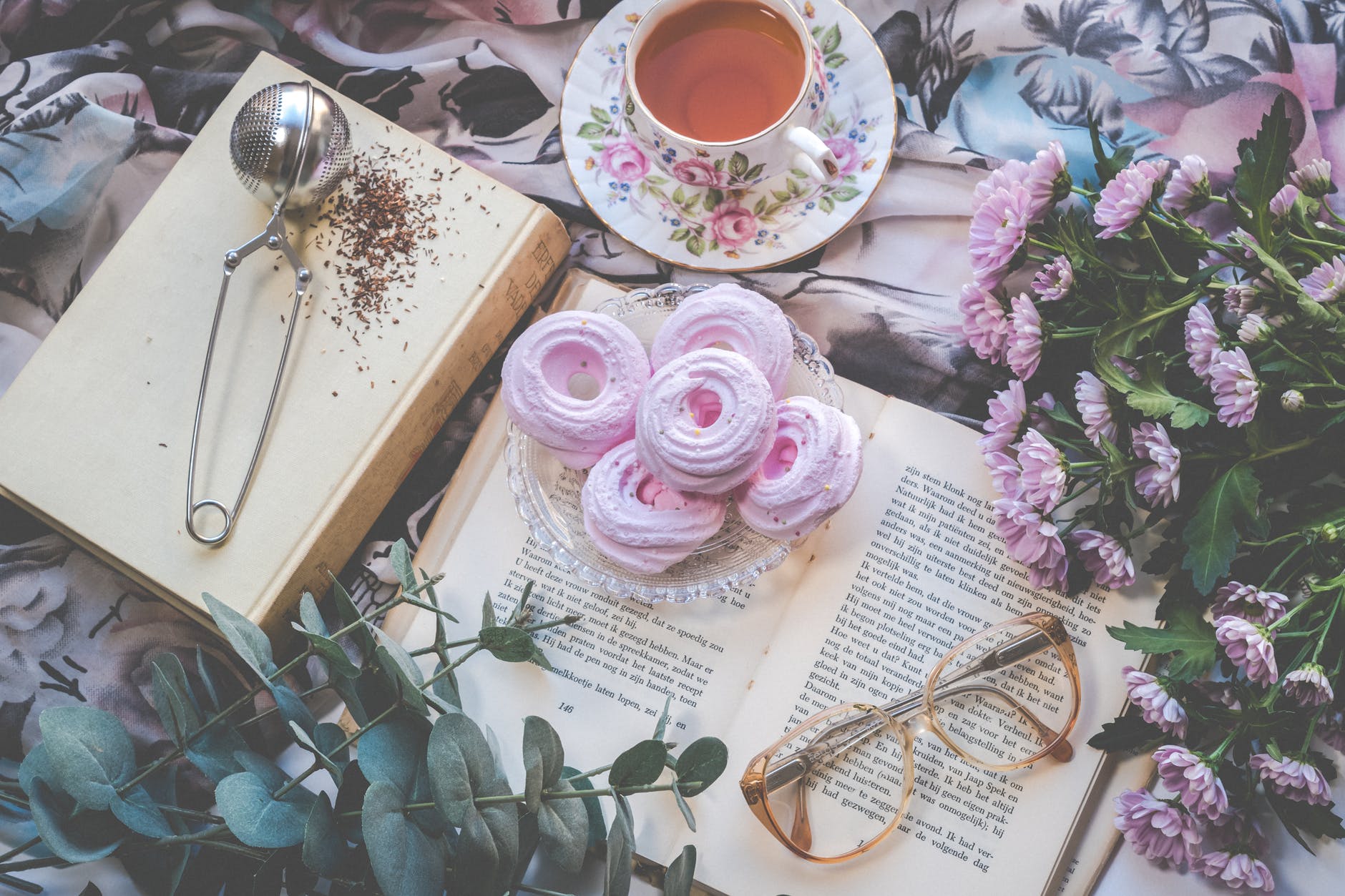 Photo by Ylanite Koppens on Pexels.com

Where did December go, exactly? I have no idea! And now I’ll spend the next month or so writing 2018 on everything and scratching out! Oh, well.
Anyway, here in Georgia we’re settling in for a long week of rainy weather. You know what goes perfectly with rainy weather, right?
Books!
So grab your favorite blankie, a cup of hot tea and maybe a leftover Christmas cookie and cozy up with some of these goodies:
January 2019 New Releases
More in-depth descriptions of these books can be found on the ACFW Fiction Finder website.
Amish Romance:

Seasons of an Amish Garden by Amy Clipston — Enjoy a year of beautiful seasons in this new story collection, as young Amish couples manage a community garden and harvest friendships and love along the way. (Amish Romance from HarperCollins Christian Publishing)

Courting Her Prodigal Heart by Mary Davis — Pregnant and alone, Dori Bontrager is sure her Amish kin won’t welcome her—or the child she’s carrying—into the community. And she’s determined that her return won’t be permanent. As soon as she finds work, she’ll leave again. But with her childhood friend Eli Hochstetler insisting she and her baby belong here, will Dori’s path lead back to the Englisher world…or into Eli’s arms? (Amish Romance from Love Inspired [Harlequin])
Contemporary Romance:

Her Hope Discovered by Cynthia Herron — Charla Winthrop, a savvy business woman seeking a permanent lifestyle change in small-town Ruby, Missouri, learns that things aren’t always what they appear when she takes up residence in a house steeped in charm and a hint of mystery. Rumor has it that Sam Packard the town carpenter is her go-to guy for home remodeling, but can Charla convince him to help her—with no strings attached, of course? Alone far too long, Sam’s prayed that God would send him a wife and a mother for his daughters. However, the new Ruby resident is hardly what he imagined. A new place to call “home,” the possibility of what might be, and the answer to someone’s prayers unite this unlikely pair with the help of the town’s residents. (Contemporary Romance from Mountain Brook Ink)
Cozy Mystery:

Murderous Heart by Lynne Waite Chapman — Freelance writer, Lauren Halloren pens popular magazine articles extoling the comfort and security of small town America. And Evelynton, Indiana treasures its wholesome small town values. Ask anyone. Streets are safe to walk. People look out for one another. Marriage vows are treasured. Murders are solved. In this third volume of the Evelynton Murder series, Lauren, along with friends, Clair and Anita stumble over another body. The partially mummified remains turn out to be an Evelynton resident. But how, in this close knit community, could a woman be deceased for over six months without being missed? (Cozy Mystery from Winged Publications)
Historical Romance:

My Heart Belongs in the Blue Ridge: Laurel’s Dream by Pepper Basham — Journey into the Blue Ridge Mountains of 1918 where Laurel McAdams endures the challenges of a hard life while dreaming things can eventually improve. But trouble arrives in the form of an outsider. Having failed his British father again, Jonathan Taylor joins is uncle’s missionary endeavors as a teacher in a two-room schoolhouse. Laurel feels compelled to protect the tenderhearted teacher from the harsh realities of Appalachian life, even while his stories of life outside the mountains pull at Laurel’s imagination. Faced with angry parents over teaching methods, Laurel’s father’s drunken rages, and bad news from England, will Jonathan leave and never return, or will he stay and let love bloom? (Historical Romance from Barbour Publishing)

The Homeward Journey by Misty M. Beller — Finally free from her dead husband’s addicted lifestyle, Rachel Gray and her young son set out for a new life in the wilderness of the Canadian territories. She is reluctant to accept help from another man, but after a bear threatens her son’s life, she agrees to accompany two God-fearing brothers who are traveling to the same area. Slowly, she begins to trust the one named Seth. Despite Rachel’s best efforts, she can’t seem to fight her attraction to Seth—until a secret from his past proves he had more in common with her husband than she thought. When a new peril threatens her son’s life, she must choose between trusting in what she can control, or the man who her heart says is trustworthy, no matter his previous sins. The path she chooses just may determine whether she can step into the new life God has in store for them all. (Historical Romance, Independently Published)

Stepping into the Light by Candee Fick — With war looming and a madwoman in their midst, the only hope for a peaceful future may lie in a marriage alliance between a disfigured recluse of the Gunn clan and the overlooked second son of Clan Sinclair. (Historical Romance, Independently Published)

Under the Midnight Sun by Tracie Peterson and Kimberley Woodhouse — Tayler Hale is ahead of her time as one of the first women naturalists. She has always loved adventure and the great outdoors, and her remote job location also helps keep her away from the clutches of the man to whom she once made a foolish promise. It seems she must keep running, however, and in secret, her boss from Yellowstone arranges for a new job . . . in Alaska. The popular Curry Hotel continues to thrive in 1929 as more visitors come to Alaska and venture into the massive national park surrounding Denali. Recent graduate Thomas Smith has returned to the hotel and the people he considers family. But when a woman naturalist comes to fill the open position and he must work with her, everything becomes complicated. The summer brings unexpected guests and trouble to Curry. With his reputation at stake, will Thomas be able to protect Tayler from the danger that follows? (Historical Romance from Bethany House [Baker])

Devotion by Olivia Rae — Injured and unable to make his living by the sword, Sir Theo de Born needs to secure his keep by becoming an educated man. As he finds himself falling for his reluctant teacher, he learns of her plan to leave England before the winter sets in. How can he convince her to stay and fulfill her promise while protecting his heart? Denied her true love and sent away to a convent, Lady Rose de Payne has no choice but to accept to become Sir Theo’s teacher. However, she has a plan to escape the confines of her new prison and start fresh in a different country. As the chilly winds blow, her resolve begins to waver. Will she abandon Sir Theo to a miserable fate or will she give up her dreams to make his come true? (Historical Romance from HopeKnight Press)